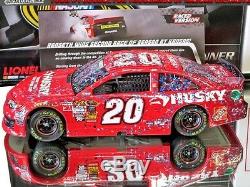 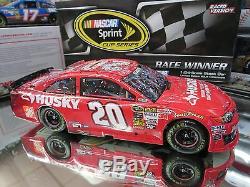 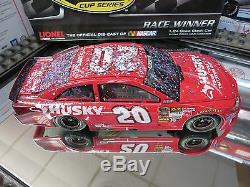 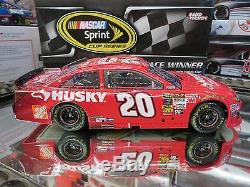 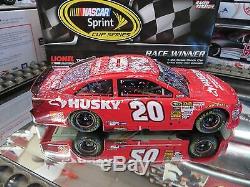 MATT KENSETH 2013 KANSAS WINNER HUSKY RACED VERSION 1/24 ACTION. Limited edition of 642 made. Matt Kenseth drilled through the competition at Kansas Speedway Sunday when he landed in Victory Lane for the second-time this season! Starting from the pole, Kenseth dominated the 1.5 mile track to take the black-and-white checkered flag in the STP 400 and giving Joe Gibbs Racing its fourth win in 2013!

Race fans do not want to miss their chance to own the Raced-Win die-cast of Kenseths No. 20 Husky Tools Toyota Camry that landed in Victory Lane!

Designed to replicate the car you saw on the track, each die-cast features every ding and dent from the car and even comes with confetti from the celebration! This is an Action Performance Platinum Series collectible, the #1 diecast collectible in Motorsports. ACTION FEATURES: All Diecast body and chasis; opening hood , trunk, and roof flaps; detailed engine and trunk compartments; and more! We have been serving thousands of NASCAR fans online since 1999. We also operate a full-fledged walk-in store located in Gainesville, GA.