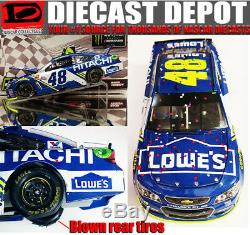 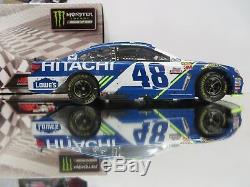 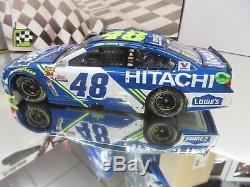 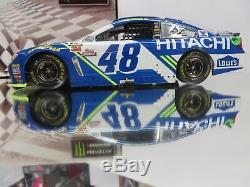 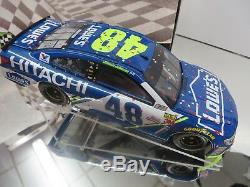 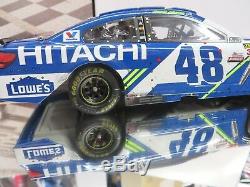 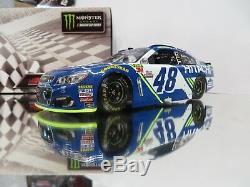 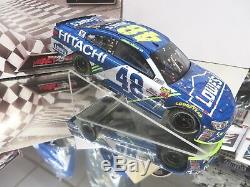 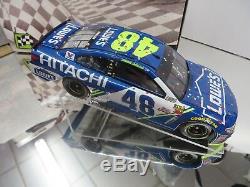 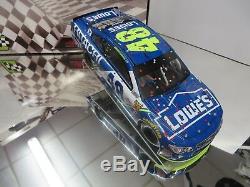 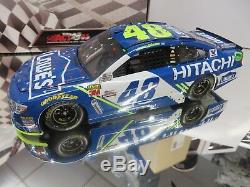 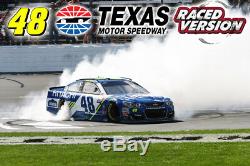 Each is produced with painstaking attention to detail, including all the dirt, confetti, and race damage seen on Johnsons car in the Winners Circle. Plus, each also comes with a small bag of confetti and an actual size Official Winner sticker.

This is an Action Performance Platinum Series collectible, the #1 name in NASCAR diecast collectible cars. Racing Series: NASCAR Cup Series. We have been serving thousands of NASCAR fans online since 1999. We also operate a full-fledged walk-in store located in Gainesville, GA. We take collecting diecast seriously.

The item "JIMMIE JOHNSON 2017 TEXAS WIN RACED VERSION LOWE'S 1/24 SCALE ACTION DIECAST" is in sale since Monday, December 18, 2017. This item is in the category "Toys & Hobbies\Diecast & Toy Vehicles\Cars\ Racing, NASCAR\Sport & Touring Cars". The seller is "diecast_dealer" and is located in Gainesville, Georgia. This item can be shipped to United States.