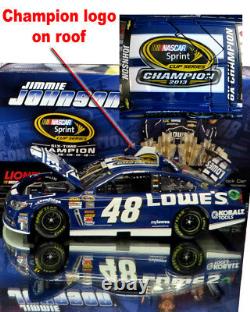 Dont miss your chance to order the die-cast collectables which celebrate one of the most successful drivers in NASCAR® history. We have been serving thousands of NASCAR fans online since 1999. We also operate a full-fledged walk-in store located in Gainesville, GA.

We take collecting diecast seriously. The cars we send are mint, unless specifically stated. Your item is brand new. No smoke , no pets, Brand new out of a new case.