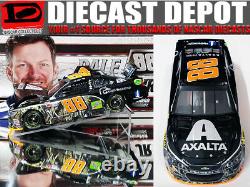 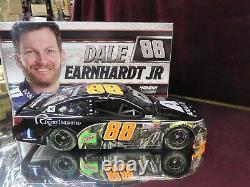 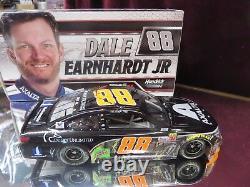 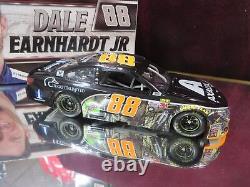 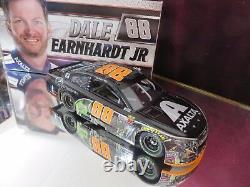 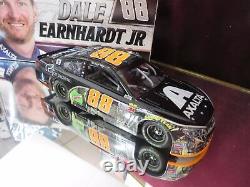 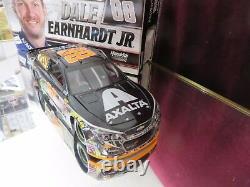 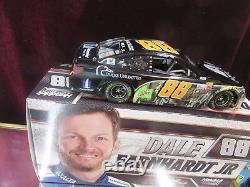 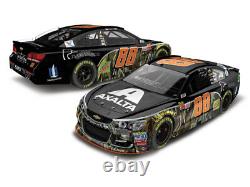 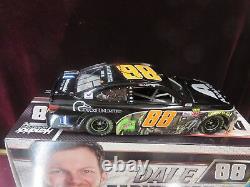 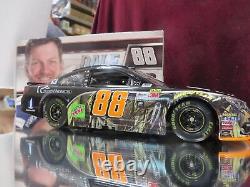 DALE EARNHARDT JR 2017 DUCKS UNLIMITED/ AXALTA CAMOUFLAUGE 1/24 ACTION. Has battled at Bristol his entire Cup series career and he captured his first victory at the half-mile track back in 2004. In his final season of full-time NASCAR® competition, Earnhardt will take on the oval-shaped speedway one last time in hopes of capturing a second Bristol win. Competitors better beware, because they wont see Earnhardt coming from behind the wheel of his No. 88 AXALTA® Ducks Unlimited Chevrolet SS.

Decorated in camo fashion, Earnhardts race car will be the perfect tool to help him sneak through the field and gun for the win. Guaranteed to be a fan-favorite paint scheme this season, Earnhardts No. 88 AXALTA® Ducks Unlimited Chevrolet SS is now available as an Action Racing Collectables die-cast. Produced in 1:24 and 1:64-scale, each die-cast is crafted with careful detail and is a must have for Earnhardt fans. This is an Action Performance Platinum Series collectible, the #1 name in NASCAR diecast collectible cars.

We have been serving thousands of NASCAR fans online since 1999. We also operate a full-fledged walk-in store located in Gainesville, GA. We take collecting diecast seriously.

No smoke , no pets, Brand new out of a new case. The item "DALE EARNHARDT JR 2017 DUCKS UNLIMITED/ CAMOUFLAUGE 1/24 SCALE ACTION DIECAST" is in sale since Saturday, May 9, 2020. This item is in the category "Toys & Hobbies\Diecast & Toy Vehicles\Cars\ Racing, NASCAR\Sport & Touring Cars". The seller is "diecast_dealer" and is located in Gainesville, Georgia. This item can be shipped to United States.