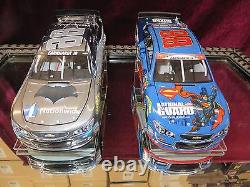 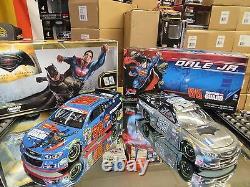 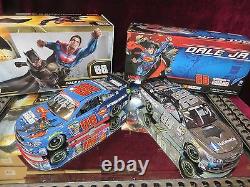 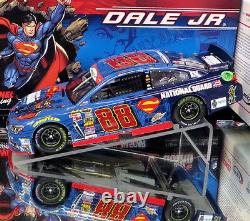 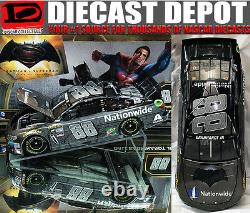 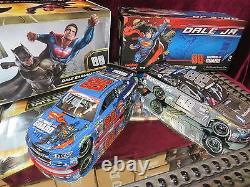 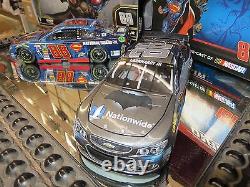 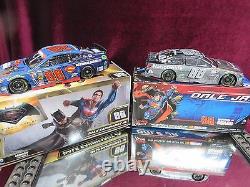 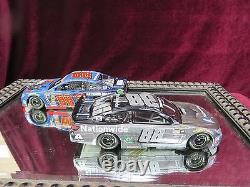 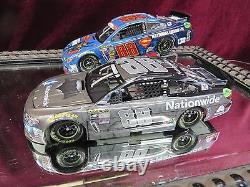 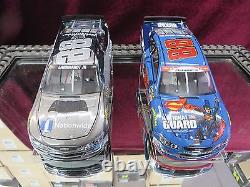 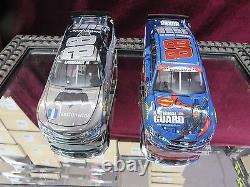 Evil, and that in the end good usually prevails. But what happens when good is pitted against good? What if the rivals are two of our most hallowed Super Heroes Batman and Superman? And whose side will you take? On March 25, 2016, the next superhero flick from Warner Bros.

Set in the DC Comics universe arrives on the big screen Batman v Superman: Dawn of Justice. Fearing the actions of a god-like Super Hero left unchecked, GOTHAM CITYs formidable, forceful vigilante takes on METROPOLIS most revered, modern-day savior, while the world wrestles with what sort of hero it really needs. And with BATMAN and SUPERMAN at war with one another, a new threat quickly arises, putting mankind in greater danger than its ever known before.

Before the blockbuster is released to the masses, the two Super Heroes will appear together next year at Auto Club Speedway on March 20 for the fifth race of the NASCAR Sprint Cup Series season. Batmans iconic bat symbol will appear on the hood of Dale Earnhardt Jr. 88 Chevrolet, while Supermans legendary S logo will be take center stage on the hood of Jimmie Johnsons No.

Although this will be Johnsons first time piloting a car emblazoned with either Super Heros marks, Earnhardt is no stranger to either crime fighter. In 2012, Earnhardt won a NASCAR Sprint Cup Series race at Michigan International Speedway while driving a Dark Knight Rises-branded Chevrolet. His connection to the Man of Steel goes a little deeper. In the penultimate race of the 1999 NASCAR XFINITY Series season, Superman appeared on his car.

Years later, in 2013, his No. 88 Chevrolet advertised the soon-to-be-released Man of Steel movie at Michigan. The following season, Earnhardt and Superman teamed up once again for two races. Now comic book fans and NASCAR fans can pre-order die-cast versions of Earnhardts No. 88 Batman v Superman Chevrolet SS and Johnsons No.

48 Batman v Superman Chevrolet SS from Lionel Racing. Both die-cast have ultra-cool designs that will make them the stars of any collection.

Whose side are you on? Order today, before its too late. This is an Action Performance Platinum Series collectible, the #1 name in NASCAR diecast collectible cars. DALE EARNHARDT JR 2014 SUPERMAN/ NATIONAL GUARD SPECIAL 1/24 ACTION. Only 5,317 of these were made.

This is the special paint scheme Dale Jr drove onn May 25 at Charlotte Motor Speedway and June 15 at Michigan International Speedway. This is an Action Performance Platinum Series collectible, the #1 diecast collectible in Motorsports.

ACTION FEATURES: All Diecast body and chasis; opening hood , trunk, and roof flaps; detailed engine and trunk compartments; and more! We have been serving thousands of NASCAR fans online since 1999. We also operate a full-fledged walk-in store located in Gainesville, GA.

We take collecting diecast seriously. The cars we send are mint, unless specifically stated. Your item is brand new- no smoke , no pets, brand new out of a new case. The item "DALE EARNHARDT JR 2016 BATMAN VS DALE EARNHARDT JR 2014 SUPERMAN NG 1/24 COMBO" is in sale since Wednesday, April 22, 2020.