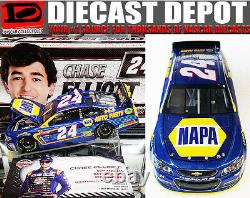 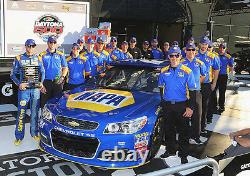 Elliotts qualifying speed of 192.872 mph earned him the right to lead the field to green in the 2017 Great American Race. Its the third consecutive year that the No. 24 Chevrolet will have that honor. Fans wont want to miss Elliotts DAYTONA 500® Pole die-cast from Lionel Racing. Each is carefully detailed to replicate what Elliotts car looked like after qualifying.