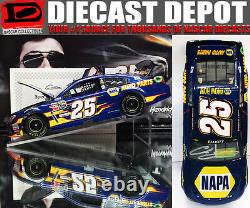 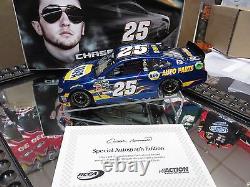 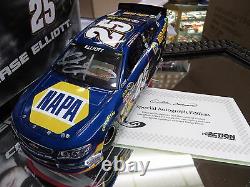 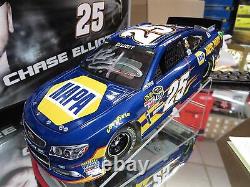 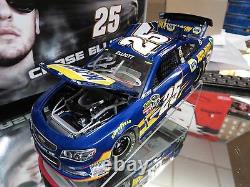 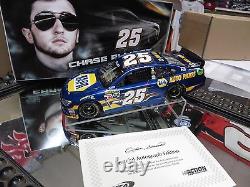 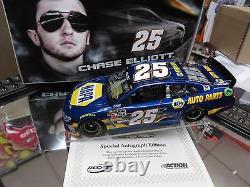 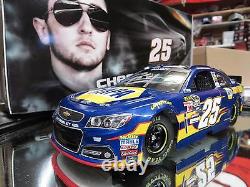 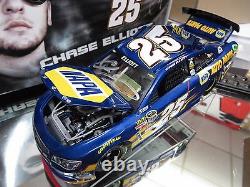 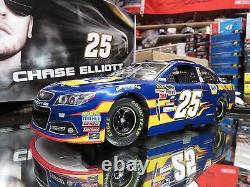 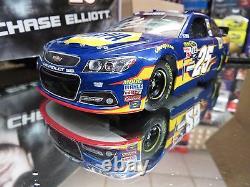 AUTOGRAPHED CHASE ELLIOTT 2015 NAPA #25 FIRST CUP CAR 1/24 ACTION. Chase Elliott reached superstardom in 2014, when he drove away with the NASCAR XFINITY Series championship title in his rookie season. In 2015, the 19-year-old racing phenom will face off at the sports highest level of competition when he makes his NASCAR Sprint Cup Series debut. Beginning at Martinsville Speedway on March 29 and for four additional races after that, Elliott will pilot the No.

25 NAPA Chevrolet SS with his sights set on a checkered finish! Dont miss the Action Racing Collectables die-cast that commemorates Elliotts first career NASCAR Sprint Cup Series start. This is an Action Performance Platinum Series collectible, the #1 name in NASCAR diecast collectible cars. We have been serving thousands of NASCAR fans online since 1999. We also operate a full-fledged walk-in store located in Gainesville, GA. We take collecting diecast seriously. The cars we send are mint, unless specifically stated. Your item is brand new- no smoke , no pets, brand new out of a new case. The item "AUTOGRAPHED CHASE ELLIOTT 2015 NAPA #25 FIRST CUP 1/24 ACTION" is in sale since Monday, July 17, 2017.

This item is in the category "Toys & Hobbies\Diecast & Toy Vehicles\Other Vehicles\Contemporary Manufacture". The seller is "diecast_dealer" and is located in Gainesville, Georgia. This item can be shipped to United States.