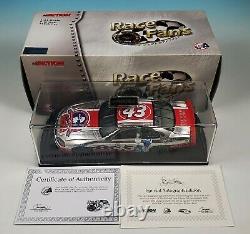 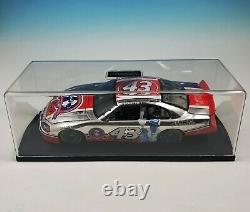 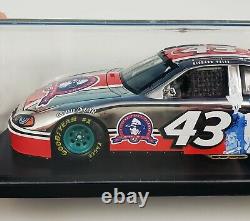 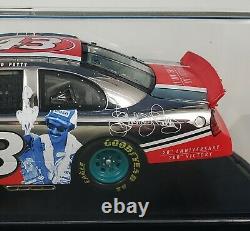 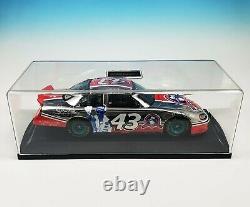 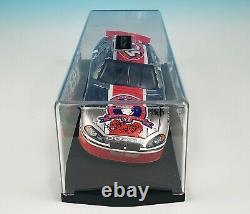 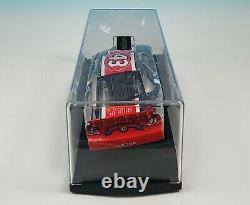 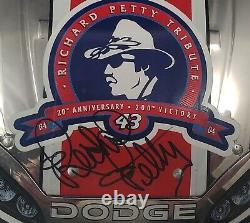 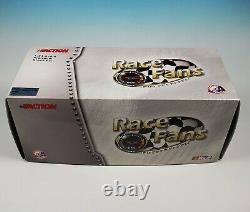 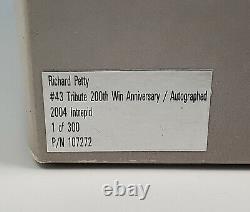 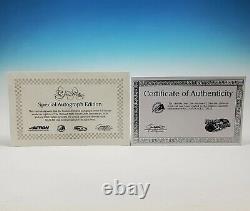 There were only 300 of these autographed cars produced. This high quality die-cast stock car has an opening hood and trunk, working steering, and real rubber tires. It comes in a plastic display case with its original box, certificate of authenticity, and information card.

Richard Petty won his 200th race in a 1984 Pontiac Grand Prix called "The King" that he drove on July 4, 1984. This memorable race was the Firecracker 400 at Daytona International Speedway.

Petty crossed the finish line only a fender-length ahead of Cale Yarborough. His 200th victory is a record that will never be equaled. President Ronald Reagan was in attendance, the first sitting president to attend a NASCAR race.

Reagan celebrated the milestone with Petty and his family in victory lane. Condition of this special autograph edition Richard Petty stock car is EXCELLENT. I don't believe it was ever removed from the plastic display case and the car appears completely undamaged. I see just a few minor scuffs to the clear display top. The box is intact with minor shelf wear.

Overall, this high-quality car looks fantastic and would make a wonderful addition to any diecast collection. Please take a close look at the many photos I've provided and judge condition for yourself.

As I mentioned earlier, only 300 of these autographed cars were produced. I ALSO HAVE THE 200TH VICTORY GOLD CAR FOR SALE THIS WEEK. Original Signature of Richard Petty on Hood. 1 of Only 300 Autographed Cars.

If you have any questions regarding this policy, please let me know. I will insure this item at my own expense. This item is in the category "Toys & Hobbies\Diecast & Toy Vehicles\Cars: Racing, NASCAR\Sport & Touring Cars". The seller is "virginia_quailman" and is located in this country: US. This item can be shipped worldwide.